A mask with many unheard stories

This carved wooden mask was made around a hundred years ago by the Ibo people of Nigeria.

While we know a good deal about the British anthropologist who collected it in southern Nigeria, we don't know the names of the Ibo people who made it, saw it, wore it to dance, or made the music for the performance; or of the maiden spirit the mask represents. The mask also tells of the negotiation of gender roles, as the mask was worn by a male dancer to evoke a feminine ideal.

Mark Elliott, Senior Curator (Anthropology) at the Museum of Archaeology and Anthropology, tells us more. 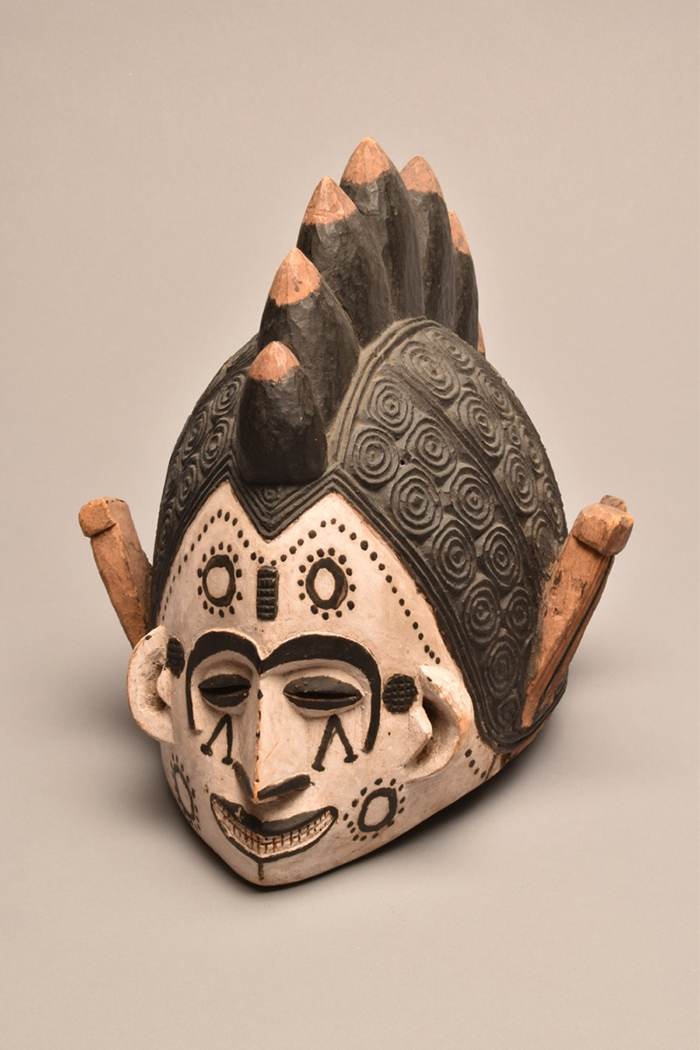 The mask, side view 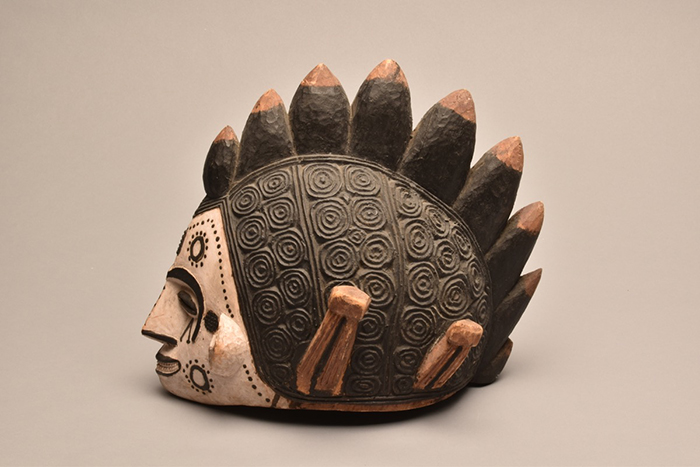 Painted wooden helmet mask representing a maiden spirit, used in Ibo masquerades where male performers portray the feminine ideal. Northcote Thomas, a student of James Frazer, was the first government anthropologist in Nigeria from 1910. He recorded detailed ethnographic and linguistic information, took hundreds of photographs and made an extensive collection of objects, which he presented to the Museum.

Helmet mask with white face and elaborately decorated hair in black and red. The face has extensive scarification [a form of body modification that involves scratching or etching designs into the skin], some patterns carved in relief and painted black, others simply painted on to the surface. There is a large comb of spikes running from the hairline at the forehead to the rear - the spikes having red tips. The rest of the hair is painted black and carved with spiral patterns, and there are two representations of combs on either side of the head.

These notes are taken from the Bridging Binaries LGBTQ+ tour materials, gathered by Dan Vo.