Find out why Antarctic marine life is under threat from climate change with this easy experiment.

The experiment and video were made by Nick Barrett. Nick is a PhD student at the University of Cambridge Earth Science Department and The British Antarctic Survey investigating the resistance of Antarctic marine species to predicted freshening and lower salinity in the Southern Ocean. 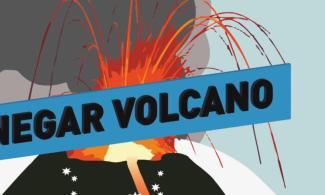